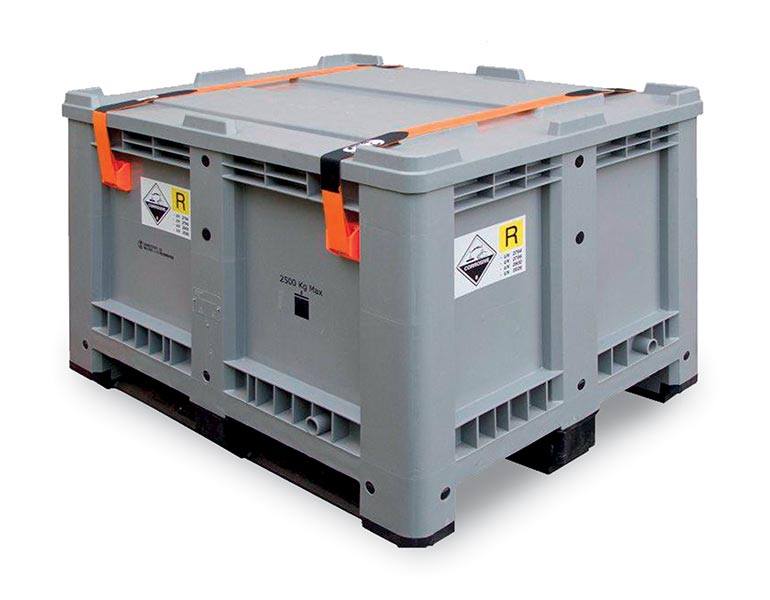 Approved UN for the transport of dangerous goods in compliance with ADR.
Containers are produced in compliance with ADR European agreement.
ADR concerns the transported of dangerous goods, that can be transported on road only if well packaged and labelled according to Annex A, and in a truck equipped according to Annex B.
Both CP089 and CP091, with three runners, are approved.
Differences from standard models are:
– Lid with seal.
– Two belts fastening the lid to the container, with velcro.
– Four buckles for the belts in thermoplastic material, in the sides of the
container.
– Hot stamping in black on two sides of the approval code and the indication of maximum load when the container is stacked (2500 kg for both models)